When the kidnapping of Mr Williamson took place, everyone viewed him as the victim of an act of terror; it is only logical to consider him as innocent because he was the one taken. However, as news began to uncover, it was evident that there was much more to this story than shown. To many witnesses of this event, this was highly unexpected. A common question asked was “Why would anyone wish to kidnap Mr Williamson?”, as he is widely accepted throughout BSG’s community. With t

The SLC is an opportunity for Sixth Form students to take on greater responsibilities as well as work closely with teachers and other members of the student body in order to enrich the school environment throughout the academic year. They work as a collective to help enforce our schools core values (respect, responsibility, integrity, commitment and love of learning). Here is an introduction to this year’s SLC! Head Students My name is Henk. Recently, I was given the role of

It is that time of year again. Backstroke, Freestyle, Breaststroke and Butterfly. Challenging, difficult and competitive, that is exactly what this commotion is all about. Our House Captains, filling out forms and leading house meetings; practicing each stroke in preparation for this day. We swim to win. It was a bright and sunny morning as we all prepared for the excitement that was to come. 3…2…1… Dive. Either people were excited or nervous but it was too late to turn back.

The Houses Make a Splash!

"Winning isn't everything, but it sure feels good to win.” Well, BSG has officially held it’s first secondary house competition of the year: the swimming gala! All the houses were extremely anxious to discover who would turn out to be the winner of the very first event! House captains were running all over the place trying to gather all the competitors; cheers could be heard from every direction, as people who didn't even know each other before the swimming gala, were trying

Monday morning in year 7's weekly assembly, the first bronze certificate’s winner was announced. Not only was the winner out of year 7, but also out of the whole secondary school! This amazing feat was done by none other than, Emma Lee. She got just above 30 merits, which is very admirable for a year 7 who has just begun secondary school. I’m sure she’s going to get a silver award sooner or later. "There were no platinum awards awarded last year, this year we expect a lot of

The SLC is an opportunity for Sixth Form students to take on greater responsibilities as well as work closely with teachers and other members of the student body in order to enrich the school environment throughout the academic year. They work as a collective to help enforce our schools core values (respect, responsibility, integrity, commitment and love of learning). Here is an introduction to this year’s SLC! Head Students My name is Henk. Recently, I was given the role of 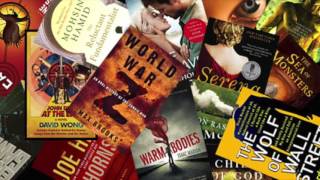 After another extremely successful Book Week, the students of BSG dressed up as their favourite character! See the pics below! #HouseNews

The Swim Gala was yet another hugely successful event. A huge number of students managed to take part and support their houses. Well done! #HouseNews #Sports

Some great costumes for Halloween this year! Great to see everyone (teachers included) making such an effort as usual! Send us more pics if you have any to media@bsg.org.cn #HouseNews

The Big Draw was an exciting and creative event held by the Art department. Students and staff were challenged to create works of art that were inspired by the famous mathematician, Fibonacci, and how his discovery related to the nature around us. #HouseNews

The Journey from Last to First Runner up: Introducing the U19 Girls Volleyball Team

On the 15th of October, the volleyball season concluded with the BSG’s U19 girls team. Although they lost their match against AISG in the finals, the season was a tremendous success for the team. The team had made a massive leap from last place in volleyball matches last year to second place this year. BSG Times exclusively interviewed three members from the team, Captain Stephanie E, Valerie Lye and Bethany Jayesinghe to reveal the stories behind the scene. Read all about t

After 8B's inspiring assembly this week, we found this article on jobsearch.com, which talks about the top 15 dream jobs children aspire to... Top 15 Kids' Dream Jobs Do you remember what career you dreamed of having when you were a kid? If you wanted to be a superhero or a wizard, you quickly realized that those jobs don’t actually exist. However, there are a number of actual jobs that kids often dream of having. Kids typically want these jobs because of the excitement, the

After a fun and full on Book Week, the House Points were #HouseNews

For The Love of Sport's Day

House events are one of the things that students of BSG are most passionate about, and yet if you were to be going around school asking your friends if they are looking forward to Sports Day, the answer would probably be ‘no’. So why does this happen? Of course the students are not the only ones to blame for not being excited about Sports Day; for some year groups it just happens that there aren’t enough people to fill up all of the events, so some students have to take part
{"items":["5fda9a1d90361c0017093d5e","5fda9a1c509fc00017a608b5","5fda9a1c509fc00017a608b0","5fda9a1c509fc00017a608af","5fda9a1c509fc00017a608ac","5fda9a1cfb427c0017768740","5fda9a1c745c65001791e610","5fda9a1d3a0fc3001701ad26","5fda9a1cbcb38000175b79ab","5fda9a1cbcb38000175b79ac","5fda9a1cbcb38000175b79af","5fda9a1cbcb38000175b79b4","5fda9a1ce03ff10017c64a24","5fda9a1ce03ff10017c64a28","5fda9a1ce03ff10017c64a23","5fda9a1ce03ff10017c64a25"],"styles":{"galleryType":"Columns","groupSize":1,"showArrows":true,"cubeImages":true,"cubeType":"max","cubeRatio":1.7777777777777777,"isVertical":true,"gallerySize":30,"collageAmount":0,"collageDensity":0,"groupTypes":"1","oneRow":false,"imageMargin":13,"galleryMargin":0,"scatter":0,"rotatingScatter":"","chooseBestGroup":true,"smartCrop":false,"hasThumbnails":false,"enableScroll":true,"isGrid":true,"isSlider":false,"isColumns":false,"isSlideshow":false,"cropOnlyFill":false,"fixedColumns":0,"enableInfiniteScroll":true,"isRTL":false,"minItemSize":50,"rotatingGroupTypes":"","rotatingCropRatios":"","columnWidths":"","gallerySliderImageRatio":1.7777777777777777,"numberOfImagesPerRow":3,"numberOfImagesPerCol":1,"groupsPerStrip":0,"borderRadius":0,"boxShadow":0,"gridStyle":0,"mobilePanorama":false,"placeGroupsLtr":true,"viewMode":"preview","thumbnailSpacings":4,"galleryThumbnailsAlignment":"bottom","isMasonry":false,"isAutoSlideshow":false,"slideshowLoop":false,"autoSlideshowInterval":4,"bottomInfoHeight":0,"titlePlacement":"SHOW_BELOW","galleryTextAlign":"center","scrollSnap":false,"itemClick":"nothing","fullscreen":true,"videoPlay":"hover","scrollAnimation":"NO_EFFECT","slideAnimation":"SCROLL","scrollDirection":0,"scrollDuration":400,"overlayAnimation":"FADE_IN","arrowsPosition":0,"arrowsSize":23,"watermarkOpacity":40,"watermarkSize":40,"useWatermark":true,"watermarkDock":{"top":"auto","left":"auto","right":0,"bottom":0,"transform":"translate3d(0,0,0)"},"loadMoreAmount":"all","defaultShowInfoExpand":1,"allowLinkExpand":true,"expandInfoPosition":0,"allowFullscreenExpand":true,"fullscreenLoop":false,"galleryAlignExpand":"left","addToCartBorderWidth":1,"addToCartButtonText":"","slideshowInfoSize":200,"playButtonForAutoSlideShow":false,"allowSlideshowCounter":false,"hoveringBehaviour":"NEVER_SHOW","thumbnailSize":120,"magicLayoutSeed":1,"imageHoverAnimation":"NO_EFFECT","imagePlacementAnimation":"NO_EFFECT","calculateTextBoxWidthMode":"PERCENT","textBoxHeight":205,"textBoxWidth":200,"textBoxWidthPercent":50,"textImageSpace":10,"textBoxBorderRadius":0,"textBoxBorderWidth":0,"loadMoreButtonText":"","loadMoreButtonBorderWidth":1,"loadMoreButtonBorderRadius":0,"imageInfoType":"ATTACHED_BACKGROUND","itemBorderWidth":0,"itemBorderRadius":0,"itemEnableShadow":false,"itemShadowBlur":20,"itemShadowDirection":135,"itemShadowSize":10,"imageLoadingMode":"BLUR","expandAnimation":"NO_EFFECT","imageQuality":90,"usmToggle":false,"usm_a":0,"usm_r":0,"usm_t":0,"videoSound":false,"videoSpeed":"1","videoLoop":true,"jsonStyleParams":"","gallerySizeType":"px","gallerySizePx":295,"allowTitle":true,"allowContextMenu":true,"textsHorizontalPadding":-30,"itemBorderColor":{"value":"#01b1af"},"showVideoPlayButton":true,"galleryLayout":2,"calculateTextBoxHeightMode":"MANUAL","textsVerticalPadding":-15,"targetItemSize":295,"selectedLayout":"2|bottom|1|max|true|0|true","layoutsVersion":2,"selectedLayoutV2":2,"isSlideshowFont":true,"externalInfoHeight":205,"externalInfoWidth":0},"container":{"width":886,"galleryWidth":899,"galleryHeight":0,"scrollBase":0,"height":null}}
1
2